It's ok to not be ok

In our society, men are frequently taught to be strong and quiet. Often times, men worry that seeking help will be an indication of vulnerability. Suppressing your feelings can make mental health worse.

Please note, the information in this post is not a replacement for personal medical advice.
By Tim Griem, LISW

The American Foundation for Suicide Prevention reports that men die from suicide at a significantly higher rate than women. Why then is Men’s Mental Health often put on the back burner? Good question. With June being Men’s Mental Health Awareness Month, it gives us an opportunity to shed some light on this important topic.

Why do Men die more from Suicide?

To answer that question, let’s start with a few more known facts that contribute to the problem.

Given that risk for men is so high, why don’t we seek help? In our society, men are frequently taught to be strong and quiet. Often times, men worry that seeking help will be an indication of vulnerability. Suppressing your feelings can make mental health worse. These feelings can result in a depressed mood and even chronic health problems.

Historically, men are raised to be stoic and not talk about their feelings. It’s not that men necessarily suffer from more mental health issues than women (actually the opposite is true). Men are programmed to be less communicator and more the problem solver. This can result in interference in relationship interactions.

In short, men aren’t getting the help they need so more severe symptoms, like suicide, happen more often. So, what can be done to help?

Therapy is not so scary. I promise.

It takes strength to seek help, but the good news is that talking about feelings through therapy becomes less scary over time. With therapy, relationship interactions begin to improve.

Historically hurt in men tends to manifest more often as anger, unintended anger or irritability. It is not uncommon that I encounter men in therapy who have some fear of taking emotional stock of their internal state. I often see and hear from clients that their initial resistance to getting help is fear. They are afraid that if they start opening up about past hurts, it will be like taking the lid off of Pandora’s box and then he will not be able to get it closed again.

One analogy I like to use is that going to therapy over time is like shaking a pop bottle. If you open the bottle quickly, you will have a mess of sticky soda everywhere. But, through therapy, we only let a little of the carbonation escape each time we “open” your thoughts. Eventually you can take your thumb off of the bottle completely and it won’t erupt. Ironically, the more a person shares his feelings, the more control he has over those feelings.

Frankly, whatever you want it to look like. Some men may go to therapy to talk about big issues like past molestation or emotional and physical abuse. Perhaps, he had an absent father that shaped who they have become as a man.

The idea that there has to be something “big” for therapy to be needed is a myth. That simply couldn’t be further from the truth. Therapy can also be used to address seemingly smaller issues like difficulty with emotions, relationship issues related to intimacy and affection, daily tress, and anxiety.

The bottom line? Men getting in touch with their feelings is a good thing. It is not an indication of being soft or less masculine. Therapy can help you be a better son, father, co-worker, human, and a better person for yourself. If you are ready to seek help, please reach out. I would be grateful for the opportunity to support you in your pursuit of wellness.

If you or a loved one is interested in our self-guided courses, visit selfhelp.strengthenu.com. 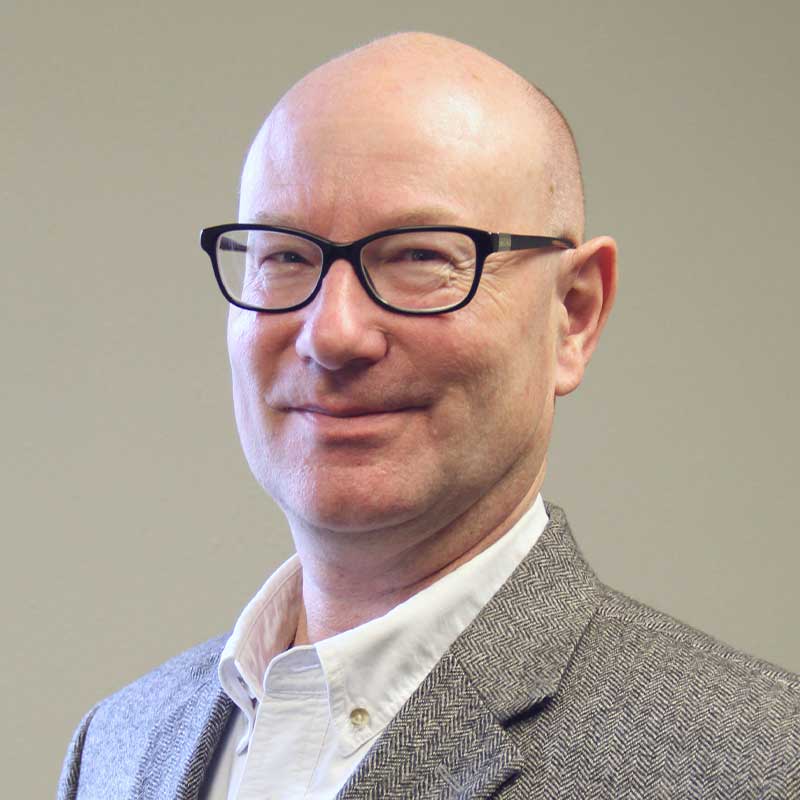 Tim Griem, LISW
Tim has been providing therapy services for over 25 years. He genuinely cares about helping life improve for all of the people he serves. He uses a diverse set of tools to assist young people, couples, families, and older adults achieve wellness. Tim’s goal is to make therapy not feel like therapy, rather simply a situation where people can learn to understand each other and overcome adversity.

Tim Griem, LISW
Tim has been providing therapy services for over 25 years. He genuinely cares about helping life improve for all of the people he serves. He uses a diverse set of tools to assist young people, couples, families, and older adults achieve wellness. Tim’s goal is to make therapy not feel like therapy, rather simply a situation where people can learn to understand each other and overcome adversity.
It's great to have someone to talk through my thoughts and feelings with — to get things out into the universe and have a neutral party help me learn how to process, try new things, embrace different ideas. I feel comfort throughout the week just knowing I have someone to meet with consistently to help me better navigate life.
"I can't put into words how Covenant has saved my family in so many ways. The most amazing therapists work here. I have seen a lot of therapy offices through my work but none compare to the level of skill and professionalism shown here."
"I've been going here for years and I wouldn't have it any other way. Their therapists have helped me through so many issues, some I knew about, others I didn't. I would recommended them to all my friends and family."
"Our family has seen three of the therapists at Covenant. All have been good for different reasons. The variety of therapists allows lots of choices depending on your needs."
Translate