The Importance of A Sincere Apology

Learn the difference between a sincere apology and a bad one.

Two of the most important words we can speak in our relationships are "I'm Sorry."

Please note, the information in this post is not a replacement for personal medical advice.
By Chelsea Cheney, TLMFT

One of the most important relationship moments during my childhood came when I was about 8 years old. One night, I was talking, playing, and repeatedly ignoring my dad’s request for me to go to bed, as he was working on a frustrating house project. Suddenly, he raised his voice and said, “Just go to bed, Chelsea!” I went into my room and cried a bit, hurt and surprised to realize how disobedient and annoying I must have been.

Soon, he knocked at the door, came in, and said “I am so sorry I yelled at you. It was out of line and I shouldn’t have acted like that. I love you and will be more patient next time.”

I lay there, shocked, thinking, “Wasn’t I the one who had been misbehaving? Didn’t I deserve his anger? Did this mean even adults can be wrong?” Instead of lecturing me on my behavior, my father had turned directly toward his own responsibility in the situation and made sure he was accountable for it. I knew in that moment my dad cared more about me and about our relationship than about my perfection. This single moment in time has impacted my own perspective of the power and gift an apology can hold in relationships.

Two of the most important words we can speak in our relationships are, “I’m sorry.” When you apologize sincerely, you are communicating to the other that you:

Apologies have immediate and long-term effects on the individual. Research has shown that being apologized to can increase empathy, forgiveness, gratitude, and positive emotions in us while also calming heart rates and indications of cardiac stress.

That said, a simple “oh, sorry” often doesn’t cut it. In fact, while a good apology not only heals relationships but also strengthens them, as apology expert Harriet Lerner says, “a bad apology is more harmful than no apology.”

Terrified to think that an apology or lack thereof can make or break your relationship? Not to worry, Lerner gives some tips on making your apologies a source of healing instead of further hurting.

Below are nine ingredients of a sincere apology. Keep these in mind when you are apologizing to someone.

It does not include the word “but”.

Don’t try to justify why you made the mistake, just own up to it. “I’m sorry but you were…”, or “I’m sorry if you were hurt…” are excuses, not apologies.

It keeps the focus on your own actions, not the other person’s response.

Don’t say “I’m sorry I made that joke about X, Y or Z, I forgot you are sensitive about those things”because that’s victim blaming. It’s not about if someone was offended or not, it’s about if it was appropriate in the first place.

It includes an offer of reparation or restitution to fit the situation.

Include what you can do to make it up, like, “I am so sorry I spilled that punch on your new sweater. Can I pay to replace it or see if I can get the stain out at the dry cleaners for you?”

It does not overdo it.

Avoid putting yourself as the victim. Responses such as, “I’m so sorry you had such an awful childhood because of the divorce. I’m the worst mom ever. I just hate myself!” attempts to put the hurt party in the caretaker role and puts focus off the one who is hurt.

It doesn’t get caught up on who’s more to blame.

“I’m sorry I criticized you in front of our boss.” works better than “If you had just met the project deadline in the first place…”.

It prevents a repeat performance.

“I know I often get extra crabby at night and end up yelling at you to do the dishes. Next time I’m going to give myself a time out to calm down before responding when I see the sink is still full of dishes.”

It does not try to silence another.

Never imply an apology should be the end of the hurt, as in saying “Listen, I’ve told you sorry about the affair over and over. When will you finally quit bringing it up?”. Even with an apology, the hurt party has a right to feel pain and process healing at their own pace and time.

It shouldn’t be done to make yourself feel better if it makes the hurt party feel worse.

Sometimes the best thing for the hurt party to do is to cut off relationships with the offender. Don’t insist on apologizing to someone when they have communicated they don’t want to hear from you. This is part of respecting their boundaries and allowing them to heal on their own terms.

It doesn’t ask for anything in return, including forgiveness.

You can want to be forgiven, you may hope they change their own actions, but an apology will not expect or ask for anything in return. You apologizing is about you making amends, not about the other person’s response or willingness to forgive.

While apologizing can seem intimidating and vulnerable, with practice and the tips above, your relationship can make room for imperfection and mercy as both parties learn that pain can be healed and bonds strengthened, no perfection required.

For a more in-depth discussion about this topic, listen to Brene Brown’s podcast interviewing Harriet Lerner here or read Lerner’s book Why Won’t You Apologize?. 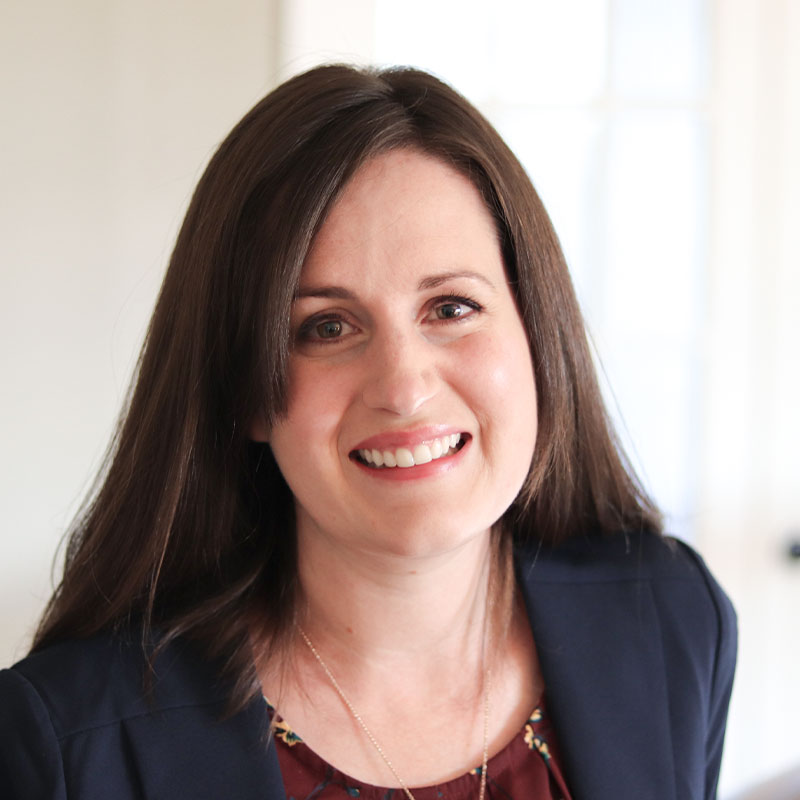 Chelsea Cheney, TLMFT
Chelsea believes that healing old wounds and understanding our need for connections will pave the path for moving forward in life. For this reason, she loves working with couples, families, and individuals who are looking for health and healing to become the best versions of themselves.

Chelsea Cheney, TLMFT
Chelsea believes that healing old wounds and understanding our need for connections will pave the path for moving forward in life. For this reason, she loves working with couples, families, and individuals who are looking for health and healing to become the best versions of themselves.
It's great to have someone to talk through my thoughts and feelings with — to get things out into the universe and have a neutral party help me learn how to process, try new things, embrace different ideas. I feel comfort throughout the week just knowing I have someone to meet with consistently to help me better navigate life.
"I can't put into words how Covenant has saved my family in so many ways. The most amazing therapists work here. I have seen a lot of therapy offices through my work but none compare to the level of skill and professionalism shown here."
"I've been going here for years and I wouldn't have it any other way. Their therapists have helped me through so many issues, some I knew about, others I didn't. I would recommended them to all my friends and family."
"Our family has seen three of the therapists at Covenant. All have been good for different reasons. The variety of therapists allows lots of choices depending on your needs."
Translate