It's important to ask the hard questions

Suicide is in no one’s go-to method of dealing with a problem, so if they are experiencing suicidal ideation, chances are that they tried their best to come up with other solutions and haven’t been able to.

Suicidal ideation is a very scary thing for people experiencing it, and also for their loved ones. While thoughts about ending one’s life are concerning, they are not that uncommon. Suicidal ideation may vary from a passing thought of not wanting to “be around” to a carefully crafted plan and intentions to carry it out.

While not everyone experiencing these thoughts will attempt to take their own life, it is important not to “brush it off”. Similarly, we should not blame or guilt them. Someone who has thoughts about ending their life may not say so directly, but here are some examples of thoughts they may have/express:

Suicide is the 10th leading cause of death in the United States for all ages. About 47,500 Americans die by suicide every year. This is a startling number, and unfortunately a reality. There are some factors that may be associated with having a higher risk of suicidal ideation or suicide attempts. This includes:

People that have attempted ending their lives in the past are at higher risk for suicide.

More than 90% of individuals who attempt suicide have a psychiatric disorder, such as depression, schizophrenia, personality disorder, bipolar disorder, alcoholism or other substance abuse, anxiety disorders including panic disorder, posttraumatic stress disorders.

A common trait that people with suicidal ideation and behavior is an overwhelming sense that there is no hope in their situation. In fact, most people consider ending their lives because they see death as their only solution/ escape.

Suicide among males is 4 times higher than among females. Male deaths represent 79% of all US suicides.

Suicide tends to happen more commonly among unmarried people than ones that are married. Being married might increase social supports and add to overall meaning in one’s life, which are both protective factors against suicide.

Military veterans have a higher risk for suicide than the general population.

Our physical health affects our mental health and when one is not doing well, the other one often reflects that. That is also very apparent with people experiencing chronic pain, who often experience helplessness and hopelessness about the pain and a desire to escape the pain.

Individuals who have sustained a Traumatic Brain Injury are at a higher risk for suicidality compared to people with no brain injuries.

The highest rates of suicide are found in rural areas.

The most common method for committing a suicide in the United States is using a firearm.

If you notice something, ask.

When having noticed signs of possible suicidal ideation in a loved one it is important to ask them if they are thinking of ending their lives. While it might be scary to ask, it is an important step in supporting your loved one. Contrary to what your fear might tell you, asking the question does not encourage or plan the idea of committing a suicide in their minds. When met with compassion and understanding, it tends to bring a sense of relief and help them feel less lonely. People who think and/or plan to end their lives often feel very lonely in their struggle. Providing them with space to talk openly about their thoughts can help them feel less alone.

How do I talk about suicidal thoughts with a loved one?

These topics can feel very heavy and intimidating, whether you are sharing your own or listening to a loved one. Here are some tips on how you can talk about it and offer support to a loved on who is struggling.

Suicide is in no one’s go-to method of dealing with a problem, so if they are experiencing suicidal ideation, chances are that they tried their best to come up with other solutions and haven’t been able to. Focusing energy in offering solutions, even when they seem helpful, can often feel very disconnecting and cause them to “shut down” rather than open up. While intentions are positive, this will only increase loneliness.

Downplaying the severity of it.

Telling a loved one to “cheer up”, “pull themselves together”, “man up” or “snap out of it” is not helpful. These things invalidate their experience and the severity of their feelings. Not to mention, these statements imply that they are choosing their symptoms or mental illness.

This will only increase your loved one’s feelings of isolation.

Guilting or shaming them.

Telling them that they shouldn’t feel a certain way or that they are being too sensitive, selfish, ungrateful, etc. for having suicidal thoughts is not helpful. Shaming only increases feelings of loneliness and feelings of being a “burden”.

Get Help and Support for Yourself

Supporting a loved one who is going through this can be very stressful. You may feel scared, worried, sad, frustrated, confused, etc. These are normal responses, but don’t feel like you have to do it alone. Reach out to mutual friends or family about expanding supports for your loved one. This will help decrease feelings of isolation while allowing yourself to relax a little bit, too.

Other ways to get support: 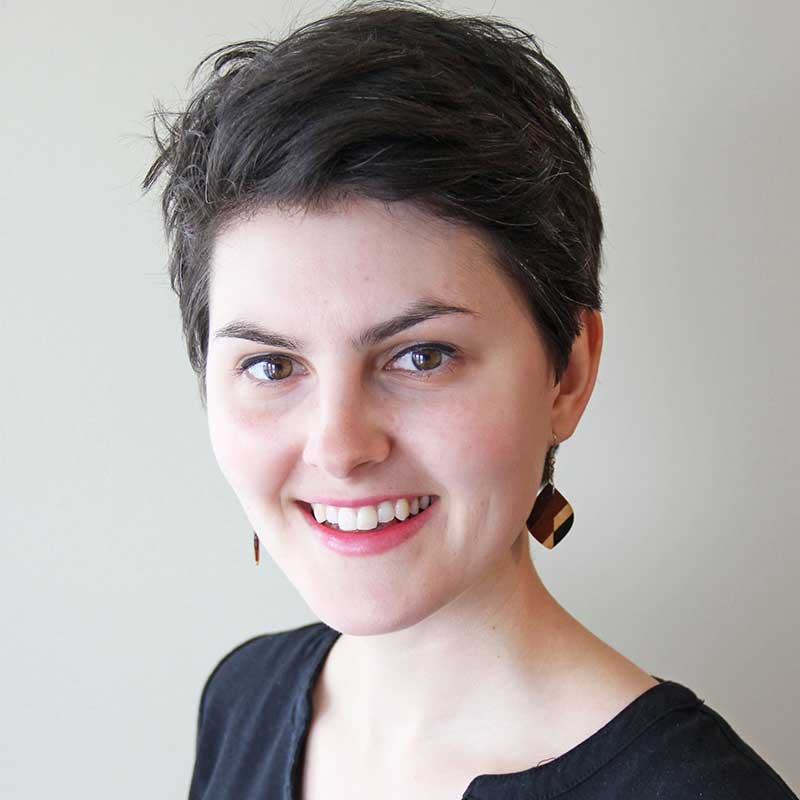 Kristina Gingerich, MA, LMHC
Kristina has experience working with individuals with depression, anxiety and trauma. She focuses on creating a safe space for all clients and believes that a strong therapeutic alliance is very important in therapy work. Kristina is able to connect with diverse populations in all walks of life and considers it her privilege to walk alongside individuals in their journey.

Suicide is NOT Painless

Knowing and understanding the warning signs can prevent suicide and help someone you care about.
Keep Learning

Learn tools to help yourself or someone you care about overcome depression. You will leave this course feeling empowered to use simple coping skills, practice self-care, and access treatment for depression if and when you need help.
Take the first step
Additional Tips

Kristina Gingerich, MA, LMHC
Kristina has experience working with individuals with depression, anxiety and trauma. She focuses on creating a safe space for all clients and believes that a strong therapeutic alliance is very important in therapy work. Kristina is able to connect with diverse populations in all walks of life and considers it her privilege to walk alongside individuals in their journey.
It's great to have someone to talk through my thoughts and feelings with — to get things out into the universe and have a neutral party help me learn how to process, try new things, embrace different ideas. I feel comfort throughout the week just knowing I have someone to meet with consistently to help me better navigate life.
"I can't put into words how Covenant has saved my family in so many ways. The most amazing therapists work here. I have seen a lot of therapy offices through my work but none compare to the level of skill and professionalism shown here."
"I've been going here for years and I wouldn't have it any other way. Their therapists have helped me through so many issues, some I knew about, others I didn't. I would recommended them to all my friends and family."
"Our family has seen three of the therapists at Covenant. All have been good for different reasons. The variety of therapists allows lots of choices depending on your needs."
Translate